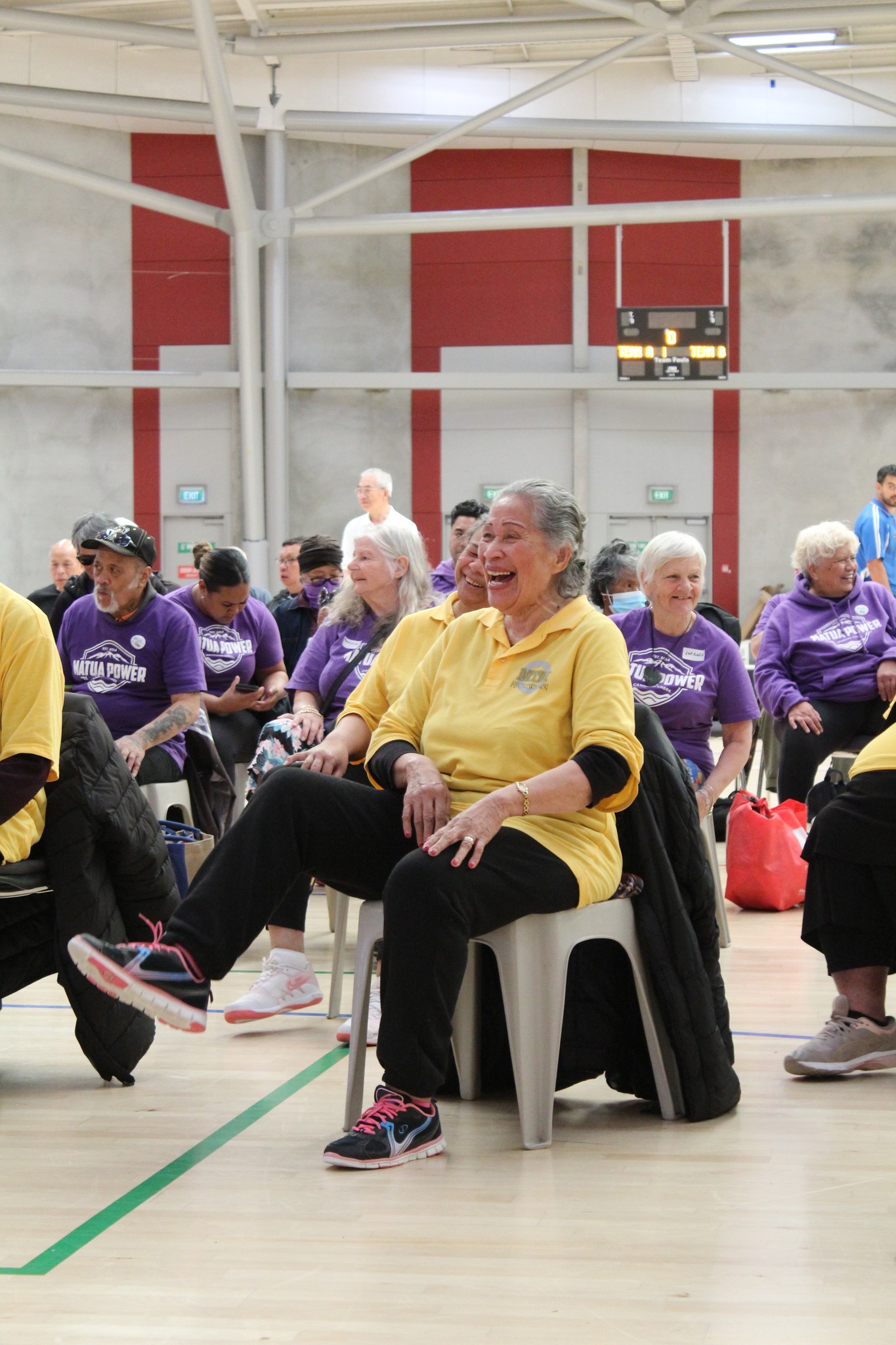 For some it was trying new sports and activities, for others it was the opportunity to participate in activities that they already know and love, and for most, it was a chance to connect and enjoy a day filled with fun and laughter.

Organised by Nuku Ora, over 120 adults aged between 65-86 years old attended the annual Wellington Senior Regional Games on 8 November at the ASB Sports Centre in Kilbirnie. Participants came from around the region with buses organised to bring groups in from Porirua and Lower Hutt.

Rock’n Roll dancing was yet again a favourite activity (with a spontaneous group doing line dancing and also taking to the floor!) Student volunteers from the NZ Institute of Sport proved to be popular dance partners as the Rock’n Roll club made sure that everyone who wanted to dance was included.

Table Tennis, Indoor Bowls, Badminton and Spin Poi were the other most popular activities along with Walking Netball and traditional Māori games.

Taonga tākaro/traditional Māori games shared by Tū Mātau Ora included Tū Pōhatu, Paparere (flying discs), Pōtaka (spinning tops), Whai (string games) and Poi Toa. Tū Pōhatu – rock stacking, was a great success, with participants keen to sit and connect with each other, seeing how many toka they could stack in a tower, while the Poi Toa required coordination and timing as they spun a poi toa, released it and aimed for it to go in their opponent’s kete/basket.

Celebrating positive aging and focusing on what your bodies can do rather than what they can’t, the event provided participants with an opportunity to try activities and sports they might not have played before. Walking Netball, with members of the Pulse team joining in, brought out the competitive natures of some of the older adults and a desire to run and jump (which is against the rules but resulted in a lot of laughter!)

Pickleball was new for many attendees and was kept busy from 10am-2pm. If you’re wondering what Pickleball is, it combines elements of tennis, badminton, and table-tennis using a paddle and plastic ball. It’s a game that is appropriate for players of all ages and skill levels with simple rules making it a great introductory sport – but which can become fast-paced and competitive once people know what they’re doing!

For those wanting a break from the activities taking place on the courts, tables were set up on the mezzanine floor with a variety of games to play like Dominoes, Chess, Rummikub, Connect Four, and cards.

Janice Murrell, Nuku Ora’s Community Development Lead – Older Adults, said that feedback from the participants and the volunteers reinforced what a great day it was with comments such as, “Absolutely well organised, wonderful and fulfilling day. Thank you all.”

Georgia Andrews, a volunteer on the day and Community Development Manager for Be Collective said, “It was such a privilege to connect with many wonderful participants. I heard powerful stories from people who were attending a public event for the first time after being widowed, connecting with iwi for the first time after decades of isolation, and making new friends at the Games after moving to the Wellington and not knowing their neighbours let alone other people in the city. I went home feeling very humbled and motivated to spend more time volunteering in the community outside of my paid mahi.”

Organisation is now underway for the Wairarapa Senior Regional Games being held in Masterton in March 2023. Information will be available on our website about this event from December www.nukuora.org.nz/about/events/senior-regional-games/