Gibson Sheat: When is the Contractor Actually an Employee? 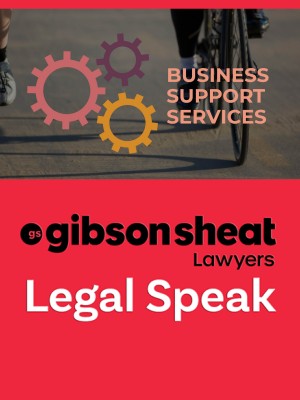 The way we work is changing. Some individuals work exclusively from home, others work a four-day week and in some cases, individuals work for multiple organisations at a time. There are permanent, fixed-term, casual, part-time, full-time and seasonal employment relationships. And then there are workers who only communicate with their hirer through an app on their telephone. In many of these cases, it will not be clear whether the worker is an employee or a contractor. Sport and recreation organisations should carefully consider if the person they are engaging as a contractor is an employee.

Employment status grants a worker a range of benefits that a contractor is not entitled to. These include the minimum wage, minimum hours of work, rest and meal breaks, holidays, parental leave, domestic violence leave, bereavement leave and the ability to pursue a personal grievance.

The law on distinguishing between an employment relationship and that of contractor/principal was recently in the public arena with the coverage of the employment cases involving four Uber drivers. That case determined the real nature of the relationship to be an employer and employee, leaving Uber, along with other “Gig-Economy” businesses, needing to review their contract documentation and the nature of their relationships with workers.

The issue is not solely confined to Gig-Economy businesses. Given the seasonal nature of the sector, it is common for sport and recreation organisations to engage workers on a ‘contract for services’ or ‘independent contractor agreement’ but may find that the true nature of the relationship is that of employer and employee. While the type of agreement signed by the parties is a strong indicator of the parties’ intention, it is not determinative.

There are a number of questions that you should consider if you are an organisation engaging workers to help determine the relationship:

There are a number of other factors that you will need to consider, including whether the worker supplies their own tools/equipment, whether the worker is free to work for others at the same time and whether they can subcontract or delegate work to others. If the answer is yes to these questions then it will indicate a contractor rather than an employee.

In many situations, it would be possible to argue both ways as there would be some indicators of an employment relationship and a handful that suggest a contractor/principal. In those cases, documentation will likely be the key.

For employment matters or queries, don’t hesitate to get in touch with Michael O’Flaherty, at michael.oflaherty@gibsonsheat.com.