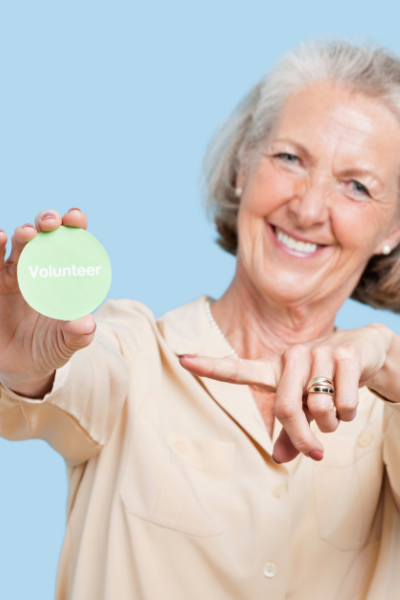 Sometimes all people need is a nudge in the right direction. When dealing with volunteers, nudging can be a simple, yet effective way to recruit volunteers.

Nudging is the process by which people can be influenced to make the rational (right) decision. Our rational side thinks things through carefully. But our reactive side tends to like the easy option.

One huge assumption often used in society is that humans are rational. While we can think rationally and critically, we do not always do so. People are risk averse and will generally make the choice that lessens the risk for them or offers an immediate term solution when a longer-term one is actually the most beneficial.

Nudging is not new, it’s been around for a very long time. It is also very prevalent. Advertising is all about nudging. Much of government policy is delivered via little nudges.

In sport volunteering, little nudges can make a difference. Here’s a typical situation:

A club is having difficulty getting parent volunteers to commit to picking up other children (not just their own) to the game on Saturday morning. Nearly everyone has said no, probably because they feel time poor on a Saturday morning or are worried about being over-committed. They aren’t thinking about the greater good of the team all being there on time, or even of their children spending time with team mates off the field.

The question being  asked is ‘are you available to transport other children to the game on Saturday morning Yes/No’. Most have ticked the No box, which is a typical outcome because it is easy for people to do so – especially if they are answering the question as part of a form. This is the risk aversion process at work– people don’t want to commit because they feel they will be drawn into a longer term committment. This is where a nudge would have been useful, designed to get them to say ‘Yes’.

Such a nudge could simply be to remove the No option. Better though, the question could be framed such as:

How often are you able to collect other kids and bring them to  the game on Saturday?

An even better nudge however is one that could read like this:

‘To make it easier for parents, we want to introduce a car pooling roster so that all of our team can get to the game every week, on time. A roster will also mean that you’ll know which Saturday mornings you will have free. Your kids will also appreciate being with theoir team mates on the way there and home too. ’

The nudge with volunteers is how the question is framed. In the above example, the benefits of committing to the pool are clearly stated. The parent also gets a sense of the commitment required. From here, it would be difficult for any parent not to think, ‘Yes, this iis something I can do’. That outcome is down to the nudge.

Nudging is a great technique to use when recruiting volunteers. It’s all about the question.

Read a Q&A about Nudging and how our brains work